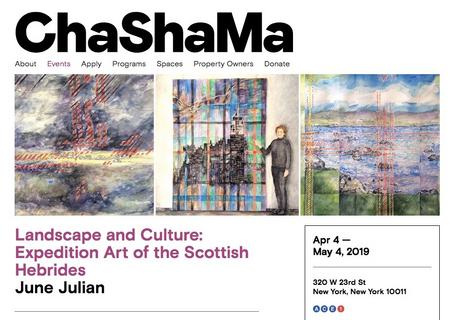 Watercolors on the Verge of a Nervous Breakdown

Our 2017 Flag Expedition Award from the Explorers Club, NYC

Art & Archaeology in the Outer Hebrides:
Implications for Loss of Coastal Heritage Worldwide

Double Diamond Archaeology™  is proud to announce that we have been awarded The Explorers Club Expedition Flag for another year  to North Uist and Vallay.  In 2016 we published our field research on 18 of the original 225 archaeology sites first  discovered by 19th century archaeologist,  Erskine Beveridge, on the Isle of Vallay, Scotland, and reported the impact of climate change upon them.

In June of 2017, we returned to extend our survey to 18 additional Beveridge sites on the NW Coast of North Uist, located directly across the Strand from Vallay. Our continuing research objective is to record the critical loss of Coastal Heritage due to climate change - the increasing severity of storms, rising sea levels, and subsequent erosion of archaeological evidence there. This project has implications for the loss of coastal heritage worldwide.

We  published our findings from both seasons, and have added our field reports to several official Scottish databases: SCHARP (Scottish Coastal Heritage at Risk), SCAPE  (Scottish Coastal Archaeology & The Problem of Erosion), and Taigh Chearsabhagh (North Uist Museum and Art Center.

We are grateful for the support of our many friends and sponsors including the The Explorers Club, The North Face, Scotland CityLink Buses and Caledonian MacBrayne Hebridean Ferries.